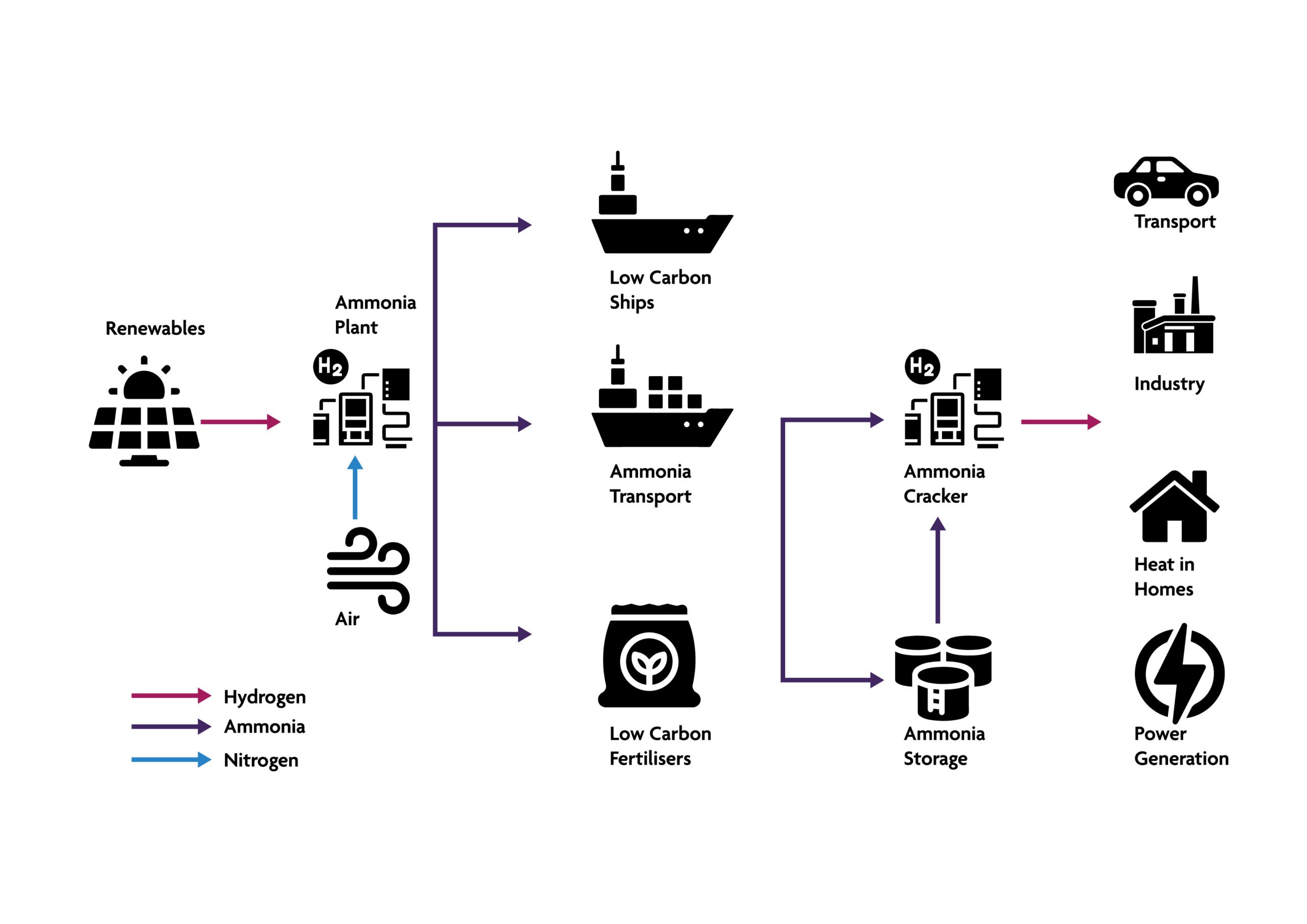 Using ammonia as a hydrogen carrier has the potential to boost its rollout in the UK as a low carbon fuel, according to the North West Hydrogen Alliance (NWHA).

On 12 May, the NWHA published a report, where it outlined how the North West can build on its plans for local low carbon hydrogen production and use by also pioneering low carbon energy imports through driving up Britain’s use of ammonia. The UK will need between 200-425TWh of hydrogen to meet net zero by 2050, with imports from international markets set to be crucial in lowering the risks of delivering enough hydrogen production capacity to meet expected UK demand.

There are, however, issues when it comes to transporting hydrogen over long distances at large volumes. It has a higher energy density by mass, but lower energy density by volume in comparison to the most commonly used transport molecules. In liquid form, there are significant losses associated with boil off – around 25% across the supply chain – with alternative methods of transport being explored, including ammonia.

There are a number of characteristics that make ammonia an ideal hydrogen carrier, such as its high hydrogen content by mass (18%) and zero carbon content, with it unique among hydrogen carriers in that its non-hydrogen molecule is nitrogen, instead of carbon. It is also similar to LPG, allowing existing storage, transport and terminal equipment to potentially be used; can be liquified under mild conditions; and has a mature supply chain.

Global production of ammonia is already at 176mn tonnes per year, with the majority produced at large-scale through the Haber Bosch process. This is where hydrogen and nitrogen react at pressures of up to 200 bar. The carbon intensity here is dependent to the source of hydrogen used, with almost all ammonia today produced using natural gas or LPG as feedstock, before being reformed to produce hydrogen.

This means producing low carbon ammonia will call for a low carbon hydrogen source, with the most significant factors influencing the economics here the input cost of renewable electricity for electrolytic production, or natural gas for CCUS-enabled production. These are likely to be geographically driven, with the low cost of solar in the Middle East and Australia suggesting hydrogen imported from these areas will be competitive with domestic production and could help support the UK in meeting domestic hydrogen demand.

Furthermore, with the UK currently importing around 200TWh of energy in the form of LNG each year from Qatar (49%) and the US (27%), ammonia and hydrogen offer the UK a chance to diversify and decarbonise its energy imports.

The North West in particular has the potential to become a low carbon ammonia import hub. NWHA set out how this is down to the high concentration of hydrogen demand it has due to its industrial activity, the ammonia users in the region – CF Fertiliser’s Ince and Billingham sites can produce material volumes of ammonia each year – and the fact it has one of the largest ports in the UK in the Port of Liverpool, which offers an opportunity to develop infrastructure to import and export ammonia.

To capitalise on this opportunity, the North West should look to explore an ammonia decomposition demonstrator, with this one of the least developed areas of the decarbonised ammonia supply chain; explore opportunities for ammonia in the hydrogen economy, both as a means of transporting and storing hydrogen in the region; explore opportunities to import or export ammonia; and explore the use of decarbonised ammonia in other applications, including maritime use and as an energy source off the grid, where hydrogen is not available. 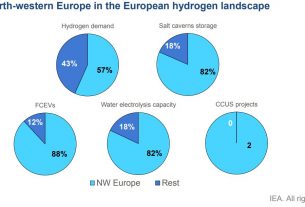