Centrica is exploring the potential of repurposing the Rough gas field into a hydrogen storage facility.

On 22 January, as it announced it had joined the Hydrogen Taskforce, it revealed that such a move would help to generate employment in the North East of England. Centrica was noted as joining the Hydrogen Taskforce at a “critical time” as it steps up to advise the government in light of the recently announced commitment of 5GW of low carbon hydrogen production capacity by 2030.

It was further highlighted how Centrica has a significant role to play in meeting the UK’s ambitions, creating green jobs and ensuring it reaches net zero by 2050 – something its potential repurposing of the Rough gas field could help to drive towards.

Chris O’Shea, Group Chief Executive at Centrica, said: “Hydrogen will be a key enabler of the UK’s transition to Net Zero, and we look forward to playing our part to help secure the role of hydrogen production and storage in the future energy mix. The heating of homes and businesses is the single largest contributor to carbon emissions in the UK, and so we must support customers to transition to low carbon technologies that are affordable and cause minimal disruption to them; we believe this will be a multi-pathway approach that will include hydrogen.” 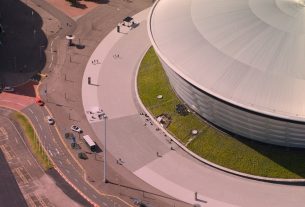