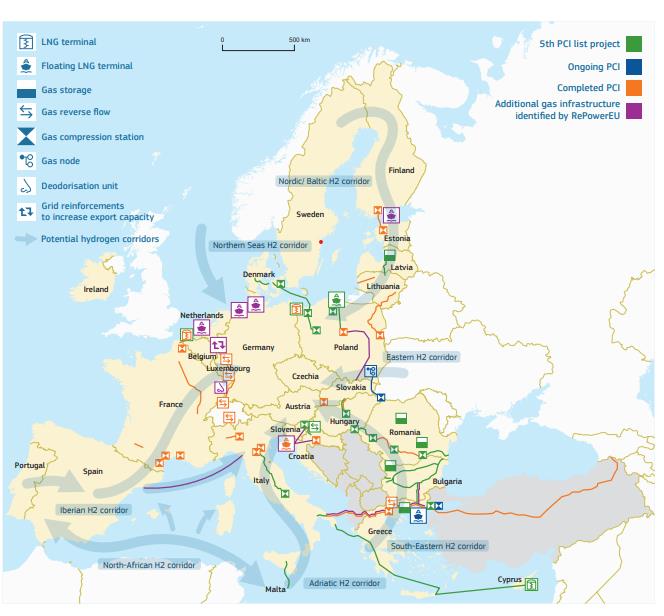 On 18 May, it presented its REPowerEU Plan, having initially unveiled an outline back in March. REPowerEU is a response to hardships and global energy market disruptions exacerbated by Russia’s invasion of Ukraine. Through a range of measures aimed at transforming Europe’s energy system, including energy savings, diversification of energy supplies and an accelerated roll-out of renewable energy to replace fossil fuels in homes, industry and power generation, it will strive to end the EU’s dependence on Russian fossil fuels and tackle the climate crisis.

Specific plans include enhancing long-term energy efficiency measures and a newly created EU Energy Platform, supported by regional taskforces, to enable voluntary common purchases of gas, LNG and hydrogen by pooling demand, optimising infrastructure use and coordinating outreach to suppliers. It also proposes a massive scaling-up and speeding-up of renewable energy, including a dedicated EU Solar Strategy to double capacity by 2025 and install 600GW by 2030, as well as a targeted amendment to the Renewable Energy Directive to recognise renewable energy as an overriding public interest.

As for renewable hydrogen specifically, to deliver on the 20mn tonnes targeted by 2030, it is calling on the European Parliament and the Council to align the sub-targets for renewable fuels of non-biological origin under the Renewable Energy Directive for industry and transport, and to rapidly conclude the revision of the Hydrogen and Gas Market package.

It will also top-up Horizon Europe investments on the Hydrogen Joint Undertaking to double the number of Hydrogen Valleys, publish two Delegated Acts on the definition and production of renewable hydrogen for public feedback, complete the assessment of the first Important Projects of Common European Interest on hydrogen by the summer, and regularly report from 2025, in close cooperation with Member States, on hydrogen uptake, and the use of renewable hydrogen in hard-to-abate appliances in industry and transport.

It further outlined how accelerated efforts are required to deploy hydrogen infrastructure for producing, importing and transporting 20mn tonnes of hydrogen by 2030, with total investment needs for key hydrogen infrastructure categories forecast to be in the range of €28-38bn for EU-internal pipelines and €6-11bn for storage. It pledged to support the deployment of three major hydrogen import corridors in the Mediterranean, North Sea and, as soon as conditions allow, Ukraine. To achieve these goals, the Commission will undertake actions including mapping preliminary hydrogen infrastructure needs by March 2023, as well as setting up a dedicated workstream on joint renewable hydrogen purchasing under the EU Energy Platform. 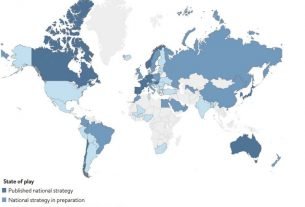 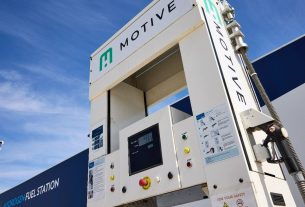