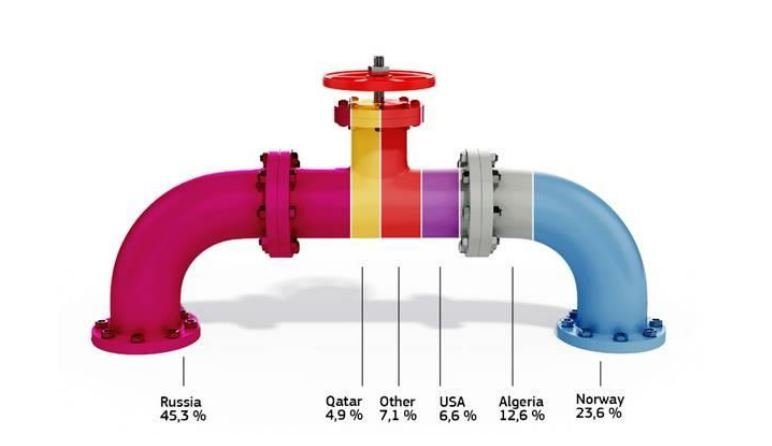 The European Commission has set out its plans to make Europe independent of Russian fossil fuels “well before 2030”, starting with gas, following Russia’s invasion of Ukraine.

On 8 March, it published an outline for REPowerEU, a joint European action plan for more affordable, secure and sustainable energy, which also sets out measures to respond to rising energy prices and replenish gas stocks for next winter. With the EU importing 90% of its gas consumption, Russia accounts for half (45%) of this, and also makes up 25% of oil imports and 45% of coal imports, respectively. Therefore, in light of Russia’s aggression against Ukraine, the Commission declared the case for an accelerated clean energy transition to have never been “stronger or clearer”.

Through REPowerEU, it is proposing to increase the resilience of the EU-wide energy system through two pillars of reducing the use of fossil fuel in homes at a faster pace, and diversifying gas supplies through Liquified Natural Gas (LNG) and pipeline imports from non-Russian suppliers, as well as larger volumes of biomethane and renewable hydrogen.

Its Fit for 55 proposals, assuming they are fully implemented, will ensure annual fossil gas consumption is cut by 30%, or 100bn cubic metres (bcm), by 2030, though REPowerEU will take things even further, removing 155bcm of fossil gas – equivalent to the volume imported from Russia in 2021. Almost two thirds of this reduction is possible within a year.

For hydrogen specifically, Fit for 55 has already set a target of 5.6mn tonnes of renewable hydrogen by 2030, saving 9 to 18.5bcm of gas. REPowerEU is proposing to add a further 15mn tonnes (mt), adding 25-50bcm of savings by 2030, with 10mt being imports and an additional 5mt of hydrogen produced in Europe. Other forms of fossil-free hydrogen, such as nuclear-based, are expected to play a role in substituting natural gas.

The Commission is pledging to further develop the regulatory framework to promote a European market for hydrogen and support the development of an integrated gas and hydrogen infrastructure, hydrogen storage facilities and port infrastructure. It will also support pilot projects on renewable hydrogen production and transport in the EU neighbourhood, beginning with a Mediterranean Green Hydrogen Partnership and with the industry to establish a Global European Hydrogen Facility, boosting Member States’ access to affordable renewable hydrogen.

Elsewhere, when it comes to decarbonising industry, REPowerEU could accelerate the deployment of innovative hydrogen-based solutions, as well as cost-competitive renewable electricity in industry sectors. An Innovation Fund will be brought forwards to support the switch to electrification and hydrogen, with an EU-wide scheme for carbon contracts for difference (CfD). The Commission is now pledging to work with Member States to identify the most suitable projects to deliver on these objectives, building on extensive work that has already been undertaken through national Recovery and Resilience Plans.

Commission President Ursula von der Leyen said: “We must become independent from Russian oil, coal and gas. We simply cannot rely on a supplier who explicitly threatens us. We need to act now to mitigate the impact of rising energy prices, diversify our gas supply for next winter and accelerate the clean energy transition. The quicker we switch to renewables and hydrogen, combined with more energy efficiency, the quicker we will be truly independent and master our energy system.” 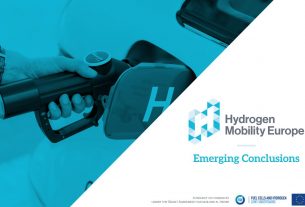