The war in Ukraine will not derail Europe’s energy transition, according to DNV, with green hydrogen set to be a key pillar in securing energy independence.

On 6 April, DNV published analysis, where it outlined how Europe’s energy transition is to accelerate in light of the war in Ukraine, as the continent shifts away from Russian gas. It found that come 2024, 34% of the energy mix in Europe will come from non-fossil fuels – two percentage points more than its pre-war forecast – with overall gas use falling 9%. Solar, meanwhile, will rise by 20% come 2026, with the delayed retirement of some nuclear power plants proving a key component in falling a shortfall of natural gas.

Overall, between 2022 and 2030, emissions from energy are set to be 2.3% lower in Europe than in a pathway without the Ukraine war. This is due to increased prominence of low carbon energy, more energy efficiency and lower economic growth, in the short to medium-term. It also noted that Russia’s pivot East will not fully compensate for reduced gas exports to Europe because of limited infrastructure. Europe, meanwhile, is forecast to produce 12% more gas in 2030, reflecting industry’s reaction to higher oil and gas prices in the short-term and response to the pledge from the EU to deliver more gas.

As for hydrogen, it singled it out as an important pillar in securing Europe’s energy independent, as well as the sustainability of its energy mix. The main challenge it faces, however, is affordability. Europe will need to replace the Russian gas it phases out, though it is unlikely there will be enough surplus natural gas on hand to produce blue hydrogen. Furthermore, with gas prices high, blue hydrogen and its additional carbon sequestration and storage costs becomes less competitive. Even if blue hydrogen continues to be cheaper than green hydrogen in the next few years, DNV concluded that blue hydrogen uptake in Europe will be low towards 2030 and then decrease, instead of increasing, due to the war.

Europe has limited capacity for producing enough renewable power to phase out fossil fuels from the energy mix, as well as producing meaningful amounts of green hydrogen. Policymakers will continue prioritising both objectives, however, with DNV anticipating higher support for green hydrogen as part of a new push for renewables, with a 12% lower hydrogen price factored into its model compared to the 2030 base case. It expects modest green hydrogen use in Europe by 2030, though 25% higher than its pre-war model output. 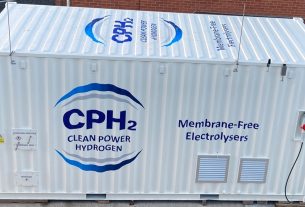 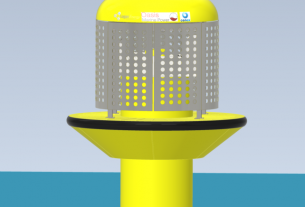 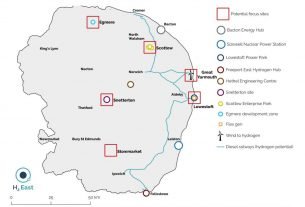