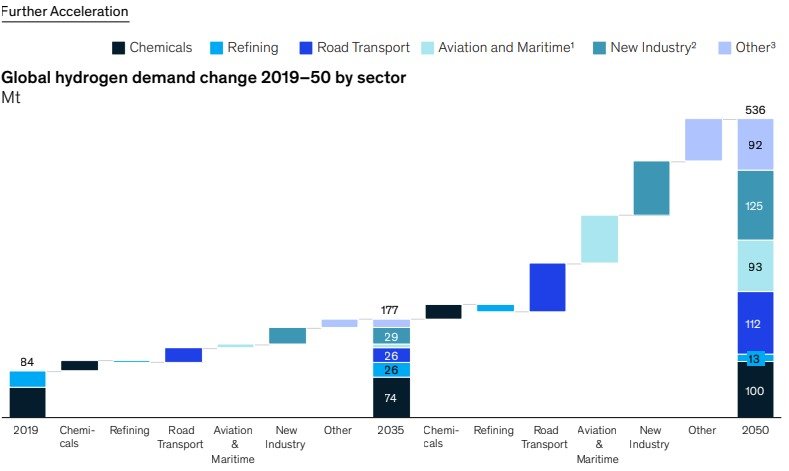 The global energy mix is set to shift rapidly towards power and hydrogen, with these reaching a share of 50% in final consumption by 2050, according to a report.

On 26 April, McKinsey published its Global Energy Perspective 2022, seeking to offer insights into longer term trends that will prove crucial in shaping future energy systems. It set out how the economic rebound for Covid-19 and war in Ukraine has seen price spikes for multiple commodities, along with increasing energy prices and security-of-supply concerns. Despite this, the transition to a lower carbon energy system is continuing, accelerating and set to see a rapidly changing energy landscape in the coming decades.

Specifically, it is forecasting the energy mix to undergo a rapid shift towards power, synfuels and hydrogen, with these representing 32% of the global energy mix in 2035 and 50% by 2050. Hydrogen demand will grow fivefold by 2050, with road transport, maritime and aviation set to be primary drivers.

Up to 2035, growth will be driven by sectors with favourable economics, such as road transport where fuel cell electric vehicles (FCEVs) will, in all likelihood, displace conventional diesel trucks. After 2035, private and public sector commitments could drive the adoption of hydrogen in sectors with unfavourable economics, including the likes of aviation and maritime.

Supply is to shift from almost 100% grey hydrogen to 60% clean production by 2035, rising to 95% come 2050. This will be driven by declining costs and policymakers supporting hydrogen technology adoption. Through McKinsey’s further acceleration scenario, it found clean hydrogen supply to total around 110Mt by 2035 and 510Mt by 2050. Regions projected to fully phase out grey hydrogen by 2050, including the UK and the EU. Hydrogen is also set to add around 18,000TWh of electricity consumption and around 300bcm to natural gas demand.

It went on to identify three enablers considered fundamental to supporting the development of the hydrogen economy, including how timely deployment of infrastructure across the whole supply chain is key to meeting hydrogen demand, while cost reduction and increased scale-up in renewable energy production, electrolysers and carbon capture, utilisation and storage could be needed to ensure clean technologies are cost competitive against conventional high-carbon production routes.

As for the government’s role, targeted actions and support, including a CO2 price increase, will be crucial to supporting the development of the hydrogen economy. Such moves will be particularly critical in sectors where hydrogen will not be cost competitive compared to the higher carbon alternative, such as in the aviation sector. 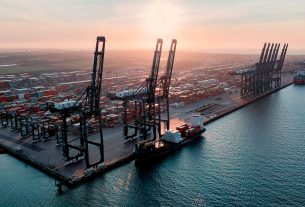 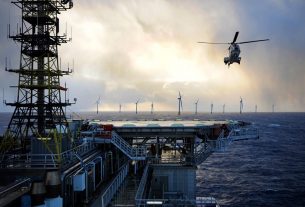 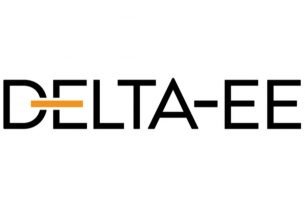