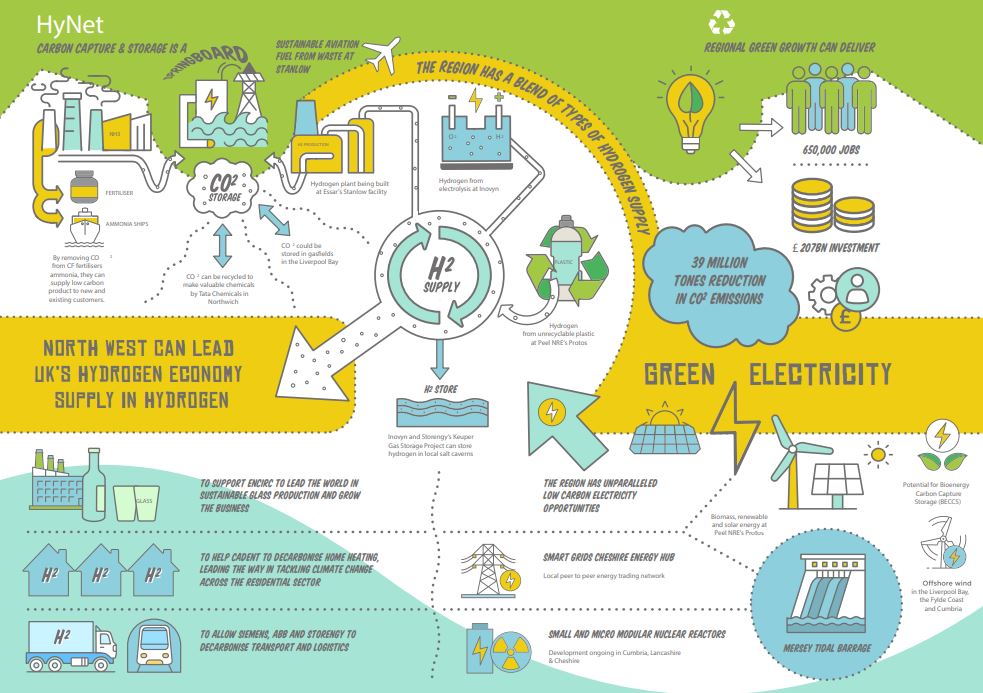 Investment in hydrogen is a substantial economic opportunity, both for the North West and the wider UK, according to a collaboration of industry leaders.

On 30 September, Net Zero North West launched a manifesto, setting out a vision for how the North West can contribute to the net zero transition and the policy changes needed to allow the region to flourish. Hydrogen in particular is a central part of these plans, capable of playing a prominent role in the levelling up agenda, but needing an investment framework and policy environment for production, distribution and storage.

According to the manifesto, the North West is primed to support a green industrial revolution, with the regional industry acting as a springboard for low carbon growth. It sought to set out to government how working together, through a coherent, ambitious industrial decarbonisation strategy, can underpin the UK’s transition to net zero.

Early development of carbon capture utilisation and storage (CCUS) and the hydrogen economy will play a crucial role in enabling clean growth opportunities in the North West region, with the manifesto citing the importance of the HyNet North West project. Set to be operational in 2025, it will capture 10mn tonnes of CO2, 3.8GW of hydrogen production and deliver £17bn GVA for the region, as well as £31bn GVA for the UK as a whole. It therefore called for HyNet North West to be selected as a Track-1 cluster, or the UK government broadens the envelope to deliver three CCS projects by 2025/26.

It further detailed how hydrogen, ammonia and CCUS are inextricably linked, requesting competitive and investible hydrogen and CCUS business models as a means of drawing inward investment into the North West to support decarbonisation and an investment framework and stable policy environment for hydrogen and production, distribution, storage and fuel switching.

It also called for support for commercial scale demonstrations and beyond, including for hydrogen use in all sectors and ammonia use in aviation and shipping, and for the Renewable Transport Fuel Obligation to be amended to include hydrogen as a vehicle fuel and ammonia as an aviation and a shipping fuel. This would provide a strong driver for manufacturers and fleet operators to make the necessary investment decisions.

Elsewhere, it asked for energy intensive industries (EII) to be relieved from network charges and energy decarbonisation costs, noting these are problematic for those involved in decarbonising gas to make hydrogen and ammonia; for Ofgem to introduce an 80% storage discount to prevent storage facilities closing and network cost relief for hydrogen and ammonia production providing decarbonisation services to be considered through a gas charging review; and for a parliamentary commission to be set up that brings together government, Ofgem and business to evaluate how the current regulatory framework can be repurposed to accelerate a transition to low carbon energy in industry. 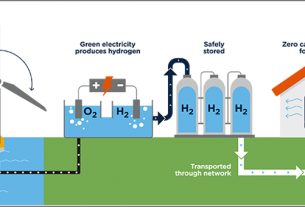