Anglian Water has unveiled how it plans to reach net zero carbon by 2030.

On 21 July, it published a roadmap, setting out its net zero strategy to 2030. The target covers all of its operational activities and those of its supply chain, as well as a commitment to cut capital carbon by 70% against a 2010 baseline. Its approach is centred around maximising energy efficiency and renewable energy generation and storage; procuring green electricity for its remaining grid requirements; decarbonising its vehicle fleet; maximising the value of biogas; managing process emissions; opting for alternative fuels; and developing an offsetting strategy for residual emissions.

Hydrogen is featured throughout the plan, namely in Anglian Water’s approaches to transport, biogas and alternative fuels. As part of preparations for a post-2030 net zero operating environment, it is committed to preparing a hydrogen roadmap for its business and engaging with key hydrogen stakeholders in the region, as well as taking on active role on wider hydrogen policy discussions in the UK with regulators, government, water sector bodies, Energy UK, the supply chain and key energy players in the market.

For transport, it will look to gradually switch its own and suppliers’ HGVs to liquified natural gas in the short term, ahead of a longer term transition to hydrogen and biomethane from 2030. The viability of using hydrogen “by and post 2030” will be assessed by 2025. Highlighting biogas as one of the routes to hydrogen production and injection into a future hydrogen grid, it will actively consider opportunities associated with hydrogen from its bioresources assets for potential implementation after 2030. This will make sure it is prepared for a potential switch of the gas grid to hydrogen from 2040 onwards.

As it looks to drive towards alternative fuels, strategic objectives include building understanding of how it can best play its part in a future UK hydrogen economy and aiming to have a better understanding of the opportunity from hydrogen production and use in the business. It has already started exploring the potential for hydrogen in the business and how it could benefit future customers as well as the wider region.

To aid this work, it will build on its current work on hydrogen, which includes a technical and cost assessment of how it could produce green hydrogen through electrolysis, and see how it could fit into its energy mix and dispatchability strategy, post-2030; engage with the main hydrogen players in the region, from BEIS industrial clusters such as the Humber estuary and Sizewell C, to better understand how synergies for using hydrogen in Anglian Water as an alternative fuel can be identified; and consider implementing hydrogen pilot programmes, post-2025, to quantify the benefits of hydrogen generation and use. 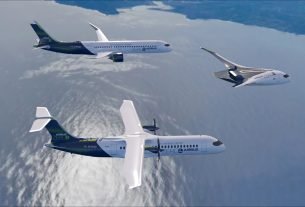 Airbus launches platform for hydrogen development in the UK 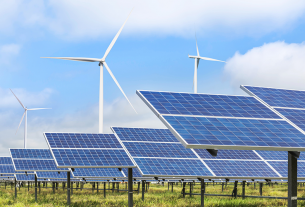 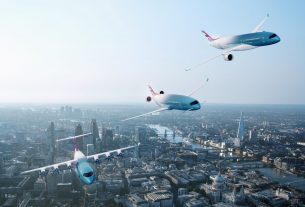