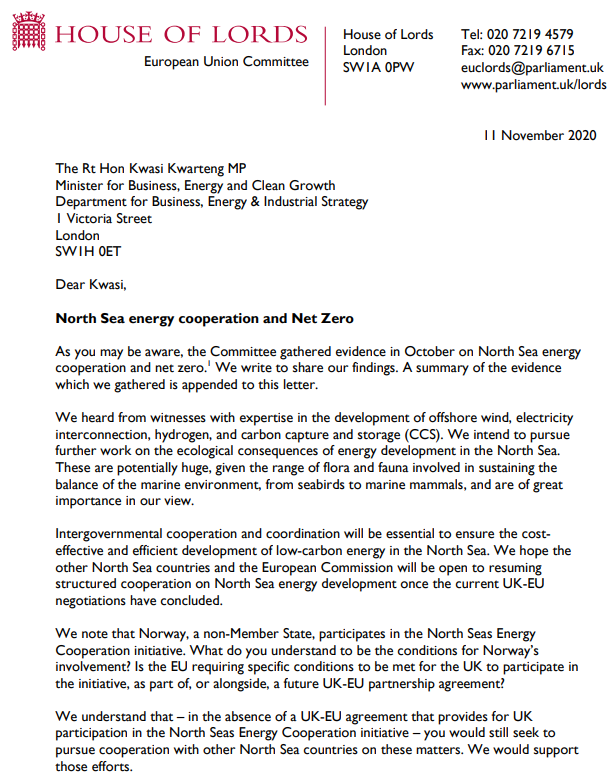 Intergovernmental cooperation and coordination will be key to ensuring cost-effective and efficient development of the North Sea, according to the EU Environment Sub-Committee.

On 11 November, Lord Teverson, chair of the committee, wrote to Minister for Business, Energy and Clean Growth, Kwasi Kwarteng, outlining the evidence they had gathered into North Sea energy cooperation and net zero, with witnesses highlighting the value of intergovernmental cooperation between North Sea countries. Teverson expressed hopes that other countries in the North Sea and the European Commission will be open to resuming structured coordination on North Sea energy development upon conclusion of the current UK-EU negotiations.

Considering Norway is a non-Member state but participates in the North Seas Energy Cooperation initiative, Teverson asked for Kwarteng to share his understanding on the conditions for their involvement and whether the UK would have to meet specific conditions to participate itself, in future.

The committee also wants to know what steps the government is taking to address the requirements of coordinated energy development, after witnesses had spoke of the need for a level playing field relating to subsidy schemes for renewables and how a degree of common regulation will likely be necessary for large projects to go ahead.

Peters explained that green hydrogen is a “very attractive way” to link offshore wind production with hydrogen production, which could then “extend offshore wind beyond just decarbonising the power system and molecules, and even export energy not via power cables but via pipelines to continental Europe.”

Elsewhere, Wharton emphasised the benefits of greater electricity interconnection between North Sea countries, including for managing variable wind generation, while further highlighting the value of multipurpose interconnectors. Wharton said: “There are some really interesting numbers out there about how much money you can save if you have interconnected multipurpose projects rather than just the point-to-point projects” and said it could save “billions”.

Peters, meanwhile, spoke on cross-border transport of hydrogen. Should the UK wish to become a hydrogen producer for north-west Europe, then it would need to put in pipeline interconnectors. There is a prospect for the UK to be part of a future European hydrogen transmission network connecting industrial customers and demand centres for hydrogen, Peters added. He explained: “The European Commission has initiated a plan to develop a European Hydrogen Backbone […] I think that grid would also extend in the plans to the UK and Norway across the North Sea, and strong collaboration is also needed to make development of this Backbone grid possible.” Summing up North Sea energy priorities for the future UK-EU partnership, Peters told the committee a partnership that enables the cross-border transport of power, such as hydrogen, gas and CO2, is of mutual interest to realise future ambitions in both the UK and EU, so that it will benefit all. 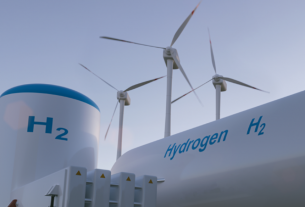