McDermott International has linked up with a group of industry experts focused on unlocking the potential for a hydrogen-led energy hub in Bacton.

On 26 April, McDermott announced that it has been selected as a core member of the Infrastructure Special Interest Group (SIG) – one of five established by the North Sea Transition Authority (NSTA) as the project develops. The Infrastructure SIG will establish the offshore and onshore facilities necessary for producing, storing and distributing both low carbon and renewable hydrogen, and associated CCUS. It will include industry and government input as it performs a series of studies and makes recommendations for future project development, and look to enable industry to take investment decisions by 2024.

McDermott, specifically, will lead Work Scope 6 – Greenfield Onshore facilities as part of the Infrastructure SIG. The other SIGs established by the NSTA are Hydrogen Supply, Hydrogen Demand, Regulatory, and Supply Chain and Technology.

The Bacton Energy Hub project, which is being spearheaded by the NSTA, will aim to play a significant role in the UK’s energy future and prove vital in the transition to net zero. It will look to deliver a sustainable hydrogen supply through adding facilities that support low carbon hydrogen production, as well as carbon capture and underground storage by 2030. It will also aim to develop renewable hydrogen production as part of the energy supply transition by 2050 through development of offshore wind. 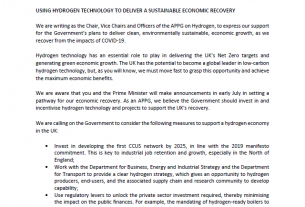 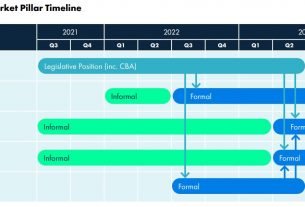