EDF Renewables UK and Hynamics have unveiled plans for a pioneering green hydrogen project in Teesside.

On 9 March, EDF Renewables announced that alongside Hynamics – a hydrogen specialist subsidiary of the EDF Group – it will be investing significantly in its Teesside operation, supporting local and national government aspirations to regenerate Tees Valley through decarbonisation investment. This includes plans for a green hydrogen production centre in the vicinity of the former Redcar steelworks.

Detailed plans for Tees Green Hydrogen are set to be released later in the year, though the plan is to use electricity from the nearby Teesside offshore wind farm, along with a new 49.9MW solar farm. The latter would be constructed near Redcar and power the hydrogen electrolyser. A consultation on the solar development will take place later in March. The electrolyser will be 30-50MW in size during its initial phase but designed in such a way that it can scale to over 500MW, correlating with emerging demand. 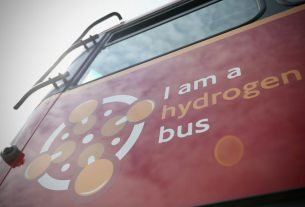