North Norfolk District Council (NNDC) has announced that it will help to fund a feasibility study into extending use of the Bacton Gas Terminal.

It announced its support for the study on 15 October, which will look to explore the possibility of extending the use of the Bacton Gas Terminal beyond its current expected life and role supporting the processing of natural gas, to create a major location for the production of hydrogen energy as the UK’s net zero transition gathers pace.

Hydrogen East will lead the Bacton 2.0 Hydrogen Production Feasibility Study with NNDC officers and members from the council also joining the steering group of the study. 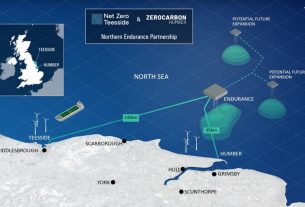