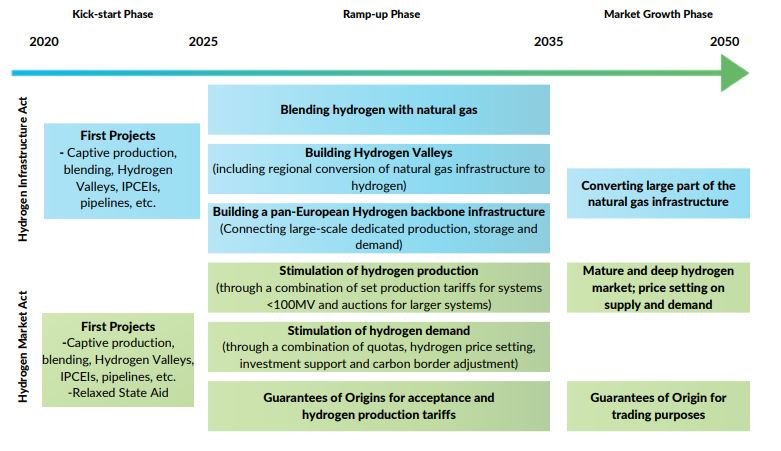 Hydrogen must become a central pillar of the energy system with a dedicated framework, a report has said, proposing a “Hydrogen Act” for Europe.

On 7 April, Hydrogen Europe published a paper, outlining how the European Hydrogen Strategy was a first step towards success but now that ambition must be translated into reality. The current policy and regulatory elements for hydrogen are spread across gas, electricity, fuels, emissions and industrial frameworks, leading to limited overarching coordination. A Hydrogen Act would harmonise and integrated all of these separated hydrogen-related actions and legislations, serving as a vision for an umbrella framework.

Its proposed Hydrogen Act focuses on developing both a sophisticated European hydrogen infrastructure that has replaced large parts of the natural gas network and a mature market for affordable, reliable hydrogen that has replaced natural gas and other fossil fuels. It is broken down into three phases of development, beginning with a kick-start phase.

During this phase, the foundations of the European hydrogen economy will be laid. A fast track approach will have to be adopted to achieve goals, owed to the absence of a clear and harmonised EU framework for hydrogen and lack of competitiveness in key applications, with exceptions and derogations from existing EU rules required for a limited period of time. This would include relaxing or reforming EU state aid rules in a bid to facilitate growth in the number of projects and close the initial cost gap.

The period 2025-2035 would be considered a ramp-up phase where the supporting framework will strive to facilitate key elements of the European hydrogen economy. Large-scale storage and hydrogen backbones will be constructed, with captive solutions and hydrogen valleys realised as appropriate supportive measures stimulate supply and demand. Most applications for hydrogen will require some form of regulatory support, such as tariffs, auctions, tenders, quotes, investment support, tax relief, supported by Guarantees of Origin (GO), which will become a tradable commodity.

Once hydrogen has achieved commercial competitiveness with conventional production and alternatives, many of the support frameworks of the previous phases will become obsolete, leading into a market growth phase from 2035 onwards. The hydrogen market will be transparent and liquid, with price-setting largely driven by mechanisms of supply and demand. Regulation of the market will be needed as network integration deepens in a bid to avoid monopolistic behaviour and ensure interoperability. 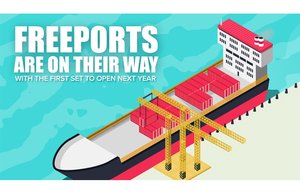 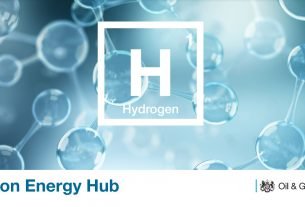