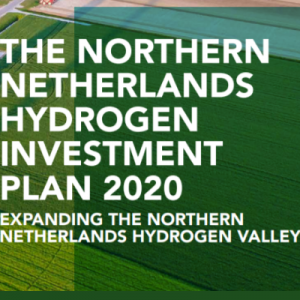 Businesses and government bodies in the Northern Netherlands have published plans for the region to cost-effectively develop an integrated hydrogen ecosystem.

On 30 October, the Northern Netherlands Hydrogen Investment Plan was published, setting out how targeted investments totalling €9bn could secure around 66,000 existing jobs in areas such as gas infrastructure and mobility, as well as leading to the creation of new ones – between 25,000 in 2030 and 41,000 in 2050 – in areas including maintenance and operations. It was further noted how developing a hydrogen ecosystem in the Northern Netherlands could serve as a “game-changer” in global hydrogen developments, as well as accelerating the Dutch’s own hydrogen momentum.

Along with the “strong regional triple helix” it has, the report laid out how the Northern Netherlands has unique access to critical assets required for a cost-competitive hydrogen ecosystem, including access to European hydrogen offtake markets, with over 400 PJ per annum of addressable Northwestern European demand – around 30GW of hydrogen equivalent – expected by 2030 and large offshore wind potential, with available space for over 20GW of which 4 to 6GW of hydrogen-dedicated wind is required by 2030.

Other advantages include strategic locations for hydrogen production at industrial hubs to develop 100 PJ per annum of hydrogen production capacity by 2030; available and dense gas infrastructure with high-quality parallel gas pipelines, salt caverns for hydrogen storage, and strategically located ports; and gas and hydrogen knowledge, on gas trading, transport and innovation. The region also has a systemic approach in place to create integrated self-sustaining value chains for end uses that can form a blueprint for the rest of Europe.

Having been recognised as the “leading hydrogen valley” in Europe, the Northern Netherlands now wants to build on this current momentum, recognition and ambition level to remain the leading European hydrogen ecosystem beyond 2030. It will seek to realise this ambition in a systemic way, following a roadmap in two phases.

The first phase will run from 2020 until 2025, with the Northern Netherlands aiming to mature and scale up between 5 to 10 PJ of hydrogen capacity per annum through various projects across the value chain. There will be over €850mn made in investments, with the report warning additional regulatory and financial commitments are needed to ensure timely execution.

The second phase, running from 2025 to 2030, will focus on expansion. This will see the Northern Netherlands hydrogen ecosystem grow to 100 PJ per annum of the region’s hydrogen capacity by 2030 – with 75% green hydrogen and 25% blue hydrogen production. The region will look to expand its reach to serving the hydrogen markets in Northwestern Europe with 400 PJ per annum of addressable hydrogen demand by 2030. It explained that large projects will drive integrated hydrogen ecosystems while domestic cross-border connections will link the North Netherlands to Northwestern Europe offtake markets.

Realising these projects will call for over €9bn investment, with the plan stressing the need for short-term governmental actions to mandate hydrogen usage, expand offshore wind capacity and synchronise cross-border investments and regulatory frameworks.

The plan outlined nine key actions that need to be addressed for the Dutch government, in addition to the actions of the Northern Netherlands, such as ensuring a supporting regulatory framework; introducing hydrogen scale-up funds and support instrumentation; and compensating the initial investment gap for critical infrastructure. It also called on the government to incentivise hydrogen demand uptake; accelerate offshore wind developments; invest in larger hydrogen ecosystem needs; transition intangible assets; assign the majority of the allocated Just Transition Fund budget to the Northern Netherlands; steer hydrogen ecosystem developments; and orchestrate a systemic national approach. 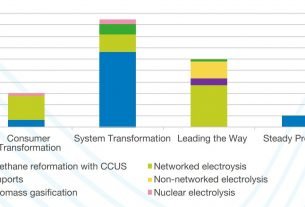