Government has been told to commit to a hydrogen train fleet in the Hydrogen Strategy.

On 23 June, the Railway Industry Association (RIA) published a briefing, highlighting the role hydrogen can play on the rail network, including how it could kickstart its decarbonisation. Hydrogen trains can reach up to 100mph and have a range of 600 to 800 miles. This makes them a feasible replacement for existing diesel passenger rolling stock on longer and less intensively used regional routes, where speeds are 100mph or less and there is no economic case for electrification.

It further cited how 3,000-3,300 diesel passenger vehicles will need to be replaced, re-engined or converted for the rail network to be decarbonised by 2040. As many as 2,400 of these could be replaced with alternative low carbon options, such as hydrogen. Other reasons to commit to a hydrogen train fleet include how it would support jobs, investment and economic growth at a key time for the UK economy. It would also further investment, providing an industry capability that the UK could export abroad.

However, with a lack of infrastructure in place to allow such trains to run, the RIA stressed the need for initial investment in the sector. Green hydrogen is needed to power fuel cell engines, while hydrogen of both the right quality and purity remains in short supply. 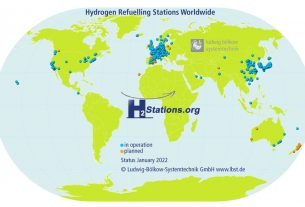 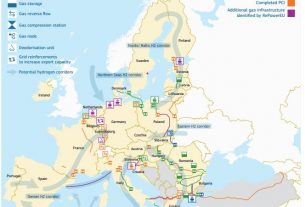