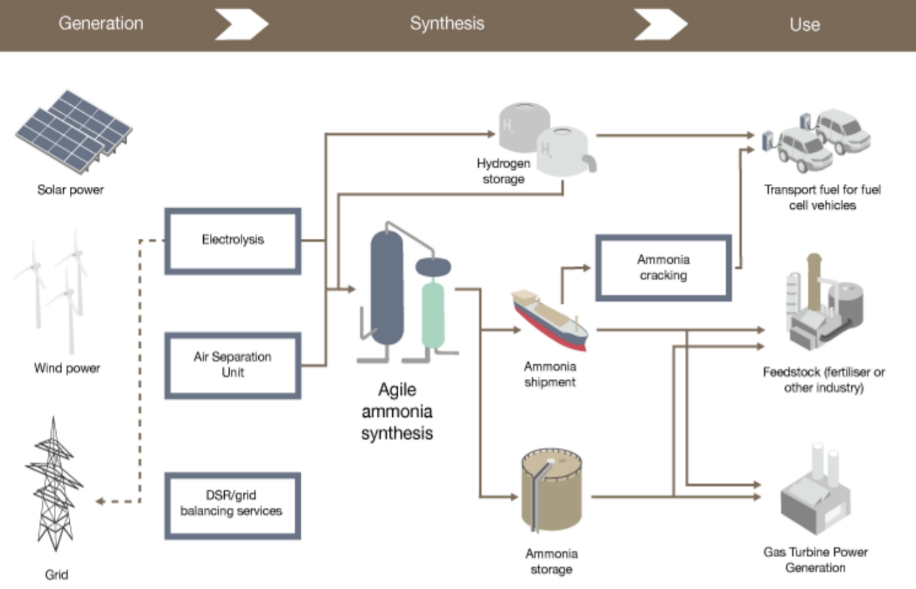 The RenewableUK report, Electricity Storage – The Cornerstone of the UK’s Future Energy System, gives an overview of storage options in a net zero world including mechanical, electrical, chemical and thermal systems.

The report, published on 21 July, detailed the use of hydrogen as a chemical energy storage system. Its focus was solely on green hydrogen (hydrogen produced using renewable electricity) as an enabler of a net zero future. In detailing the process of green hydrogen production through electrolysis, it gave evidence of ongoing projects in the UK such as the Gigastack project which is led by ITM Power, Orsted, Phillips 66 and Element Energy.

The report also covers the benefits of ammonia as a natural hydrogen energy vector (NH3). The benefits of using ammonia were outlined as follows:

It gave an overview of the Siemens Energy Green Ammonia Demonstrator, which is led by Siemens Energy in partnership with the Science and Technology Facilities Council, the University of Oxford and Cardiff University at Rutherford Appleton Laboratory in Oxfordshire. The process for producing and utilising the ammonia can be seen in Figure 1.

The Haynes Manual gives good oversight on the fundamental importance of energy storage in a net zero world, and includes essential insight into hydrogen’s role as an energy carrier. 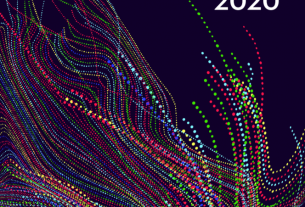 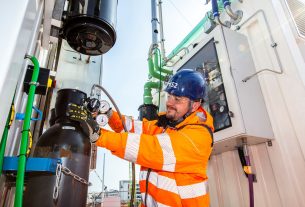