There is a significant opportunity for a hydrogen strategy to decarbonise the transport network, a report has said.

In Driving Change, published this summer, the Centre for Policy Studies (CPS) set out how transport is now the biggest contributor to emissions and the primary driver of high levels of air pollution in many towns and cities. The think tank stressed that investing in hydrogen as a fuel source as “essential” to Britain meeting its net zero target and cleaning up its air, adding that the focus on electric cars must be complemented with action on heavier vehicle types. These include buses, trucks, trains and ships, to which hydrogen is well-suited.

Hydrogen will also have a critical role to play in the wider decarbonisation agenda, such as use in domestic heating – which accounted for 37% of UK emissions as of 2016 – though at present, there is “no convincing roadmap” for how that will happen.

Furthermore, alongside the environmental reasons, hydrogen is currently relatively unclaimed economic terrain in contrast to battery technology. Despite countries starting to invest heavily in hydrogen, the report said that there was still a window of opportunity for the UK to establish itself as a leading player in the global hydrogen economy. With favourable conditions such as a mature renewable energy sector and the North Sea on its side, through swift and effective decision making, the UK can claim a strong position by embracing hydrogen, the report said, creating thousands of green jobs while also strengthening its own energy sovereignty in the process.

It made a series of recommendations, arguing that the Transport Decarbonisation Plan, together with the government’s wider strategy, should look to ensure that Britain develops adequate hydrogen infrastructure and a comprehensive hydrogen strategy, stressing that the UK should follow the lead of other countries in developing a strategy and setting up a cross-departmental working group to coordinate policy. Amending the Renewable Transport Fuel Obligation to better support the production of hydrogen fuel, which could then see support for biofuels which have a little, or even negative, impact on overall carbon emissions phased out.

Elsewhere, the report called on government to commit to ambitious targets for clean air in a bid to incentivise cleaner travel and new technologies. This could include adhering to World Health Organisation guidelines and supporting local authorities to establish and expand Clean Air Zones. It further argued for the UK’s bus fleet to be used as an initial testbed for hydrogen, recommending a target for a zero-emission bus fleet by 2038, accompanied by appropriate incentives. This would see the Bus Service Operators Grant be reformed from a fuel used model, to a distance travelled one, with incentives favouring low or zero-carbon buses.

Distinct strategies should be developed for decarbonising LGVs, HGVs, shipping, rail and aviation, with the report warning that progress being made in the car sector is currently covering up more “serious failures” in the rest of the transport network. These strategies would be produced to both evaluate how to transition various forms of freight towards zero-emission vehicles – in particular, those powered by hydrogen – and how to clean up existing fleets, through retrofitting or scrappage schemes.

The CPS called on government to view the transition to a sustainable transport system as an economic opportunity, recognising that measures taken today could result in the UK being a market leader tomorrow, leading to jobs, exports and growth. 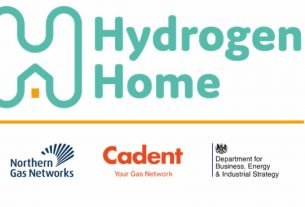 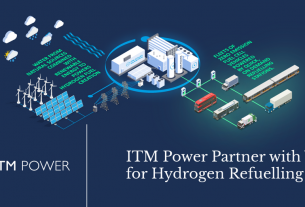