In an attempt to tackle one of the most significant challenges of green hydrogen production, a team of researchers have successfully demonstrated a method of producing it directly from air.

Publishing their findings in the journal, Nature Communications, the researchers from the Universities of Melbourne and Manchester explained that while green hydrogen produced by water splitting using renewable energy is “the most promising energy carrier of the low carbon economy”, there is a geographic mismatch between renewables distribution and freshwater availability.

Desalination was highlighted as a solution to facilitate water electrolysis in coastal areas, but one that comes with costs and complexities, with the researchers led to explore the potential of using air moisture for hydrogen production through electrolysis, owed to its “universal availability and natural inexhaustibility”.

The researchers devised a direct air electrolysis (DAE) module, using a hygroscopic electrolyte and electrolysis powered by solar, that was able to produce hydrogen for 12 consecutive days, found to maintain performance in air with 4% relative humidity, and prove capable of producing hydrogen with greater than 99% purity. This could be “easily scaled” to then provide hydrogen to remote, arid and scattered areas.

The DAE module design includes a water harvesting unit in the centre, with electrodes on both sides paired with gas collectors, and integration with a power supply, such as solar panel, wind turbine or other renewable generators. The harvesting unit also serves as a reservoir, holding the electrolyte. Captured water in the liquid phase is then transferred to the surfaces of the electrodes through diffusion, where it will then be split into hydrogen and oxygen, captured separately as pure gases. 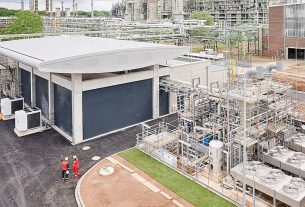 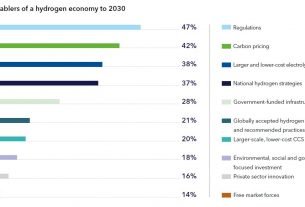