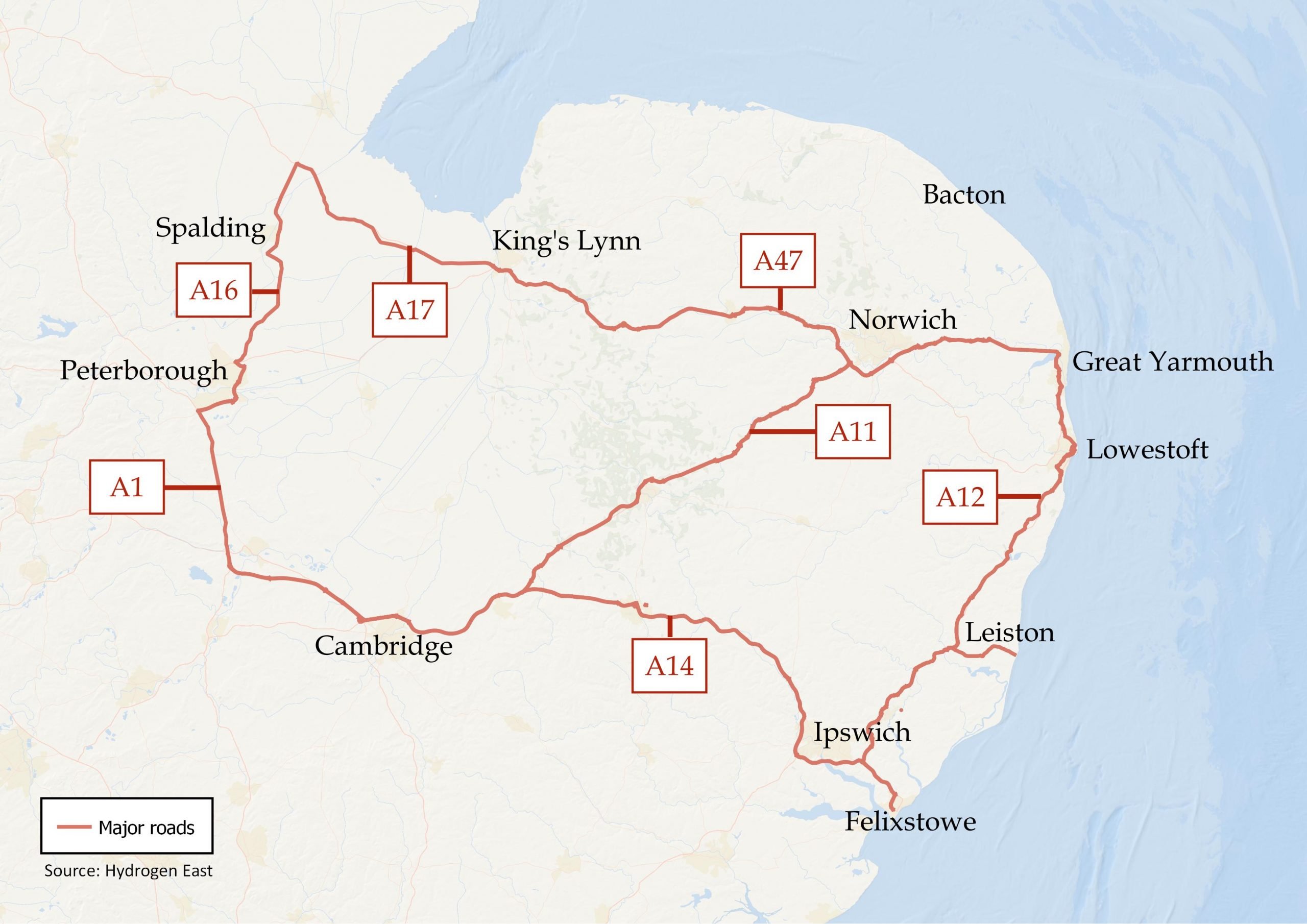 In advance of our upcoming transport webinar on 27 October, Hydrogen East has released a scoping paper as a first step to creating a regional low-carbon transport network in East Anglia and is developing a route-map to support the region’s objective to becoming the UK’s “clean growth” hub.

The New Anglia Clean Transport Hub is the third project workstream being developed by Hydrogen East, and it will take a place-based approach to identify the challenges and opportunities around the increased uptake of hydrogen and other low-carbon fuels across road, rail, shipping and agriculture in the region.

National emissions reductions in transport have lagged behind other sectors and it has been the largest source of UK emissions since 2016 (even excluding international aviation and shipping). The picture is mirrored in the local emissions data for Norfolk and Suffolk where total emissions have fallen by almost 26% between 2005 and 2018, but transport emissions have shown a small net increase in both counties across the same timeframe.

The decarbonisation potential for transport, alongside growing sustainability ambitions among local authority organisations and the upcoming ban on new petrol and diesel vehicles, makes this a prime time to review the low-carbon alternatives that could be deployed in East Anglia.

By reviewing local transport plans and correlating them with the major growth locations in East Anglia, we have produced an initial baseline road network on which to build our evaluations (Figure 1). This will be supplemented by analysis of the ports and rail links that fall within this area. With no motorway access in Norfolk and Suffolk, the A14, A11, A47 and A12 form the main arteries of the proposed transport hub.

Our initial research suggests that the biggest opportunities to introduce low-carbon fuels sit with buses, HGVs, shipping and rail but we will also be considering cars, small leisure boats, agricultural vehicles and municipal vehicle fleets.

The immediate objective is to build awareness of this project, its proposed coverage and to identify further relevant information and interested parties through a project launch meeting held by webinar on 27 October (14.00-15.30). Please contact charlotte.farmer@hydrogeneast.uk for any enquiries. If you would like to receive a copy of the scoping paper ahead of the meeting, please do not hesitate to get in touch.