Uniper and Shell are set to work together on a blue hydrogen production facility in the UK.

On 12 April, Shell announced that it had signed an agreement with Uniper, progressing plans to produce blue hydrogen at Uniper’s Killingholme power station in the East of England. The hydrogen produced could then be used to decarbonise industry, transport and power throughout the Humber region.

Under the plans, the Humber Hub Blue project would have a capacity of up to 720MW, and use gas reformation technology with carbon capture and storage (CCS), capturing around 1.6mn metric tonnes of carbon each year. The carbon captured would be fed into the proposed Zero Carbon Humber onshore pipeline – part of the East Coast Cluster. Shell and Uniper will now jointly progress process design studies and site development activity. The aim is to take the project to front end engineering and design by 2023.

The Humber Hub Blue project has passed the eligibility criteria for the second phase of the government’s cluster sequencing process, with successful projects that could be eligible for funding set to be shortlisted from May 2022. Phase-2 projects will take final investment decisions from 2024, before becoming operational from 2027. 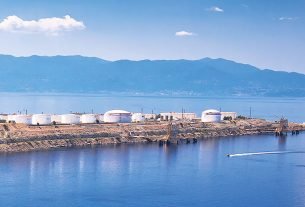 Hydrogen and CCS could be “transformative” to energy transition 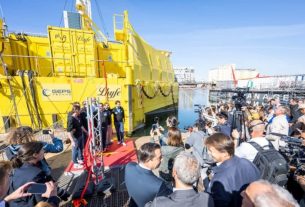