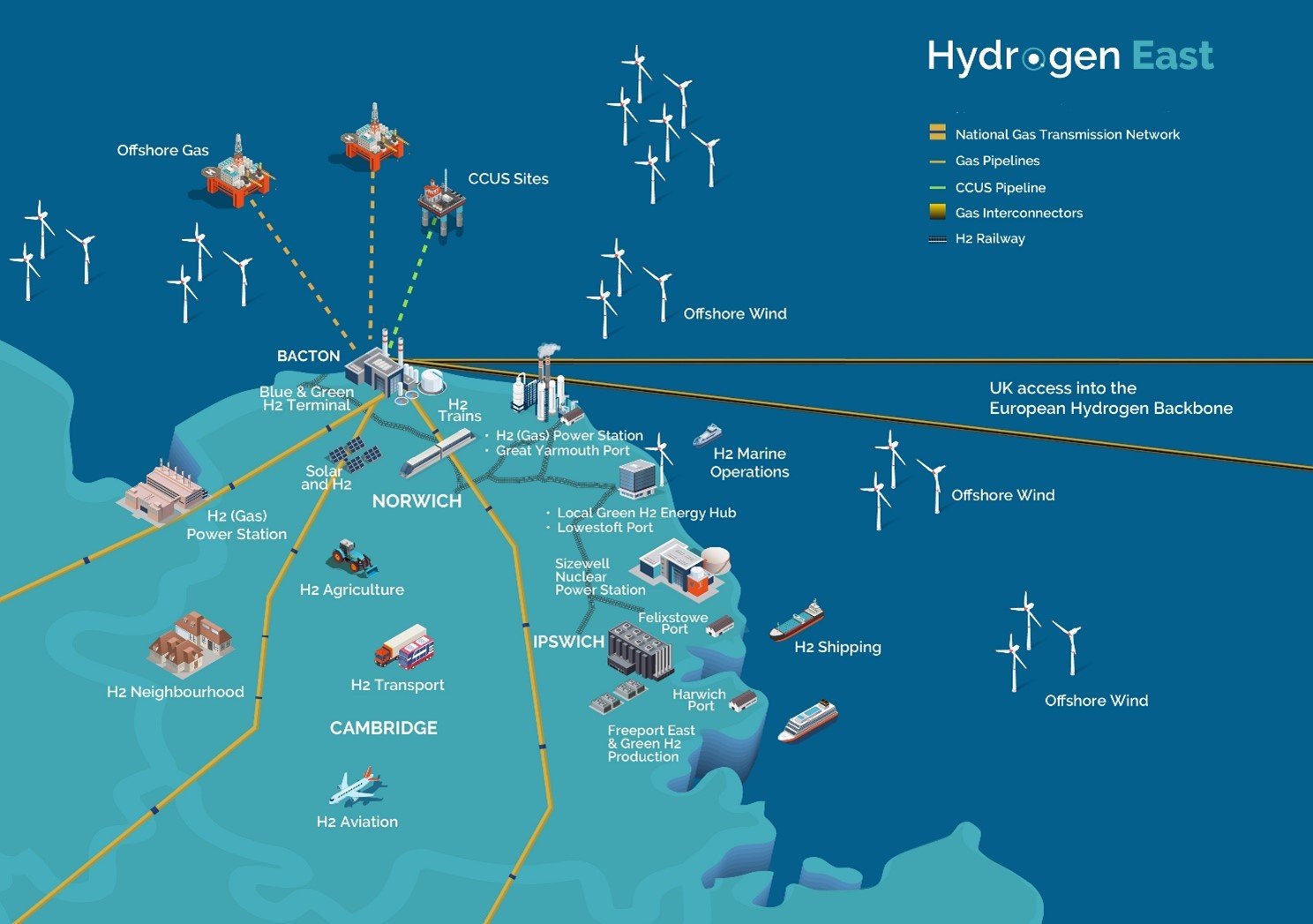 A new study has been released highlighting the potential for hydrogen production transforming the Bacton terminal into an international clean energy hub, stimulating local markets for clean transport solutions and supporting the decarbonisation of the East Anglian economy.

The report shows that Bacton has excellent connections into the onshore gas network that could support the flow of sizeable quantities of hydrogen into the GB system. Bacton is uniquely connected to Europe, via two gas interconnectors, both of which now accommodate two-way flows and could provide hydrogen export opportunities in the longer term. There are also options for infrastructure re-use for Carbon Capture Utilisation and Storage (CCUS) in the Southern North Sea (SNS), anchored by a blue hydrogen production facility at the terminal. The existing 6GW+ of offshore wind off East Anglia, and further offshore wind build out, is likely to significantly increase periods of surplus electricity production; electrolysis could act as an offtaker for this energy, which might otherwise be constrained off the system.

There is 573MW of operating distributed solar PV with another 81MW in planning as of December 2020 which could support early deployment of behind-the-meter electrolysis. The onshore electricity network in Norfolk and Suffolk is constrained to varying degrees, with much of the region subject to Active Network Management, whereby generators have no firm connection rights and are paid to curtail energy. This has important implications for the scale and location of potential green hydrogen development.

The report also found that local demand for hydrogen is already beginning to emerge in a range of important sub-sectors, and there is scope to build this organically. Provisional demand assessments, restricted to sub-sectors only at this stage, indicate that hydrogen demand in 2050 could conservatively reach 10TWh in a ‘Central Scenario’. Future stages will expand this research to cover important sectors such as construction, shipping and aviation, which will significantly increase provisional demand estimates.

In one Bacton Energy Hub illustrative pathway, Facilitated Model, Hydrogen East described an actively planned, cross-vectoral approach, This would consist of an optimised energy hub that integrates all relevant sectors active in Norfolk and Suffolk across heat and transport, as well as electricity. There are material contributions from blue hydrogen from SNS and green hydrogen from offshore wind but also including nuclear power and heat, and local solar at scale.

Nigel Cornwall, Director of Hydrogen East, said: ““Developing the options for a potential Bacton Energy Hub will help to facilitate and accelerate the transition towards net zero emissions. It is a key regional project, which could realise extensive potential benefits both in terms of supporting delivery of the Local Industrial Strategy and the stated aim of enabling Norfolk and Suffolk to become the UK’s Clean Growth Region. It will contribute to Hydrogen East’s driving objective of Norfolk and Suffolk becoming a significant regional hydrogen economy.”

Launched in July 2020, Hydrogen East has rapidly become a leading voice and catalyst for the development of a regional hydrogen economy in the East of England. With early sponsorship support from EDF Energy and others, further scoping and development will be undertaken on a a range of hydrogen and net zero demonstration projects, starting with a ‘Local Energy Hub’ on Lowestoft’s PowerPark.

A copy of the Bacton Energy Hub Summary Report is available for download on the Hydrogen East website, here. Slides and a recording of the launch event will also be made available on the website shortly. Visit https://hydrogeneast.uk or email mail@hydrogeneast.uk for more information.

The full Bacton Energy Hub Technical Report will be available on request from 1st June 2021. 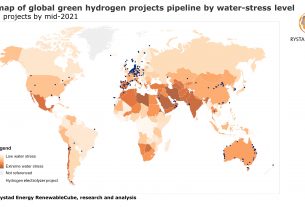 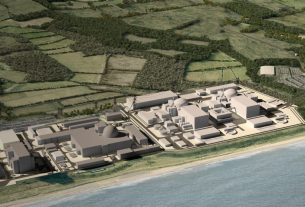 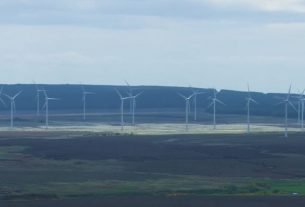