Mass production of hydrogen, carbon transport and storage and electrification of offshore platforms could generate 26,000 new green energy jobs by 2030 across the UK.

According to Robert Gordon University’s (RGU) Energy Transition Institute, these three technologies would create these jobs in coastal communities in the likes of East Anglia, north-east England and north-east Scotland, Merseyside and North Wales, assuming the right investment conditions are met.

This is the best case scenario in RGU’s analysis, where the targets of the Energy Security Strategy are met. This would see 30mn tonnes of CO2 stored underground each year, 10GW of hydrogen being produced, 10 offshore oil or gas platforms being run on low carbon electricity, and 26,000 additional people employed by 2030 – 15% of the entire offshore industry’s workforce. It would also represent an investment in UK-based activities of more than £14bn by 2030.

The research was commissioned by Offshore Energies UK (OEUK) ahead of the Energy Profits Levy Bill being passed by the House of Commons, without amendment, on 11 July. With it now proceeding to the House of Lords, OEUK expressed reservations, namely how it could see oil and gas operators having less money to invest in new technologies.

Katy Heidenreich, OEUK Director of Supply Chain and Operations, claimed that electrification would be the technology most heavily impacted, though all three assessed are reliant on offshore operators having the money and confidence to invest in UK energy. Heidenreich added: “More than ever, we need long-term thinking and a political and investment environment that is predictable and stable.” 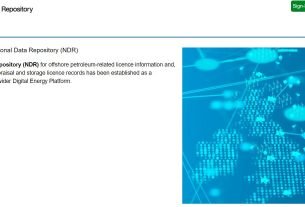