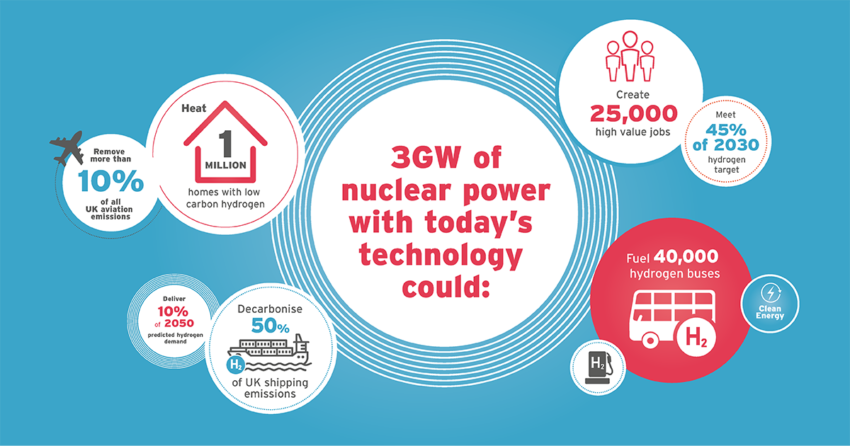 Nuclear derived hydrogen could be a low-risk route to hydrogen production while helping to unlock net zero, according to a new plan.

On 14 July, the Nuclear Sector Deal’s Innovation Group launched Unlocking the UK’s Nuclear Hydrogen Economy to Support Net Zero, a cross-sector action plan, outlining several recommendations to realise the opportunity of nuclear derived hydrogen. It set out how sites previously identified as having the potential for new nuclear could provide 90% of 2050 zero carbon hydrogen demand. With these sites spread across the country, this could have the potential to level up regions with high-value jobs.

By operating 24/7, a nuclear energy source can also maximise the use of electrolysers, reducing unit costs of hydrogen generated. It highlighted forecasts from the International Atomic Energy Agency (IAEA), which found high purity nuclear hydrogen could fall below £1.50/kg, making it competitive with other low carbon hydrogen technologies.

It further outlined how 3GW of nuclear capacity with today’s technology could account for the whole of the UK’s current hydrogen demand, adding that all technologies to provide nuclear hydrogen are already commercially available today and can be deployed with low risk. This could see 25,000 high value jobs created, meet 45% of the 2030 hydrogen target, fuel 40,000 hydrogen buses, decarbonise 50% of UK shipping emissions, heat 1mn homes with low carbon hydrogen and deliver 10% of the predicted 2050 hydrogen demand.

It went on to make a series of recommendations, both now and in future, to realise this vision, including the need to create appropriate measures that deliver an immediate term use case for nuclear derived zero carbon hydrogen to activate the market; enhancing UK supply chain capability to its full potential across the entire hydrogen value chain; delivering a siting strategy that supports the need for the levelling up of UK regions; and a focused effort on communicating the benefits of nuclear hydrogen products, demonstrating the societal value of nuclear-derived hydrogen.

In future, it called for the establishment of support schemes to incentivise the full hydrogen value chain for a range of markets; innovation funding focused on accelerating technology innovation, delivering increased efficiencies and scalability, using heat and electricity from nuclear power plants; enabling policy that will embrace the potential for nuclear to decarbonise sectors such as heavy industry, transport and direct heat; and defining a low and zero carbon hydrogen standard, ensuring consistent access to finance and market mechanisms for all relevant technologies as they come to commercialisation. 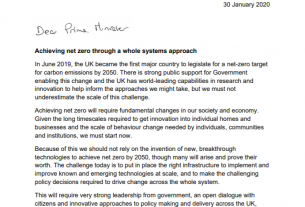