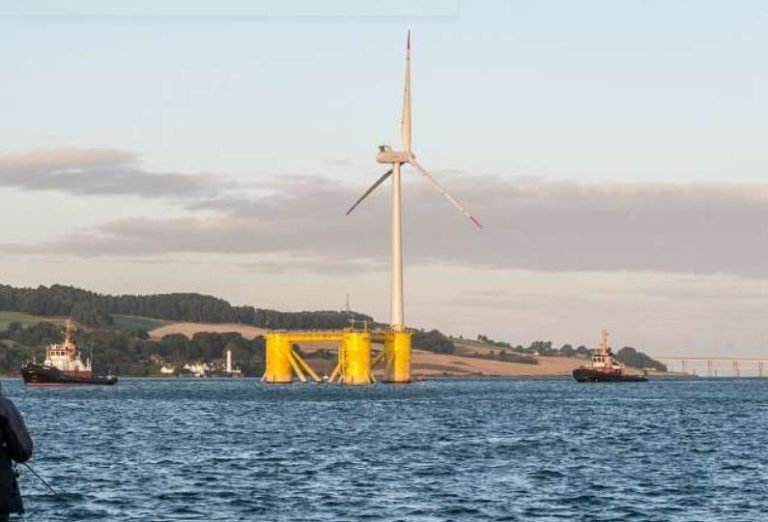 Aberdeen has been selected as the home for the Dolphyn project – the world’s first offshore floating facility to produce hydrogen.

On 28 September, Energy Voice reported that developer, Environment Resources Management (ERM) had selected Aberdeen owed to its ongoing hydrogen efforts and the new South Harbour expansion. Its potentially offtake options for hydrogen include a refuelling centre in the south of the city, a water treatment facility and the harbour, which has fuel potential for hydrogen boats.

It will reach a final investment decision next year and is currently looking for partners to invest in the “whole Dolphyn commercialisation”.

The project, which will sit 15km off the coast, will use floating wind turbines to use green hydrogen. A 2MW prototype is targeted for 2024, with a 10MW unit following in 2027, both situated in the Kincardine offshore windfarm. ERM is aiming to have the first commercial 100MW hydrogen-producing windfarm online by 2030, before looking at a 4GW development by 2034.

ERM said the green hydrogen project will be “great for Aberdeen” and is planning to promote it at the COP26 summit in Glasgow next year as a “UK achievement.”